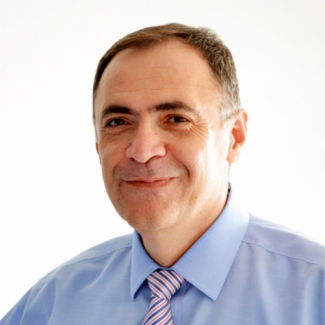 He began his collaboration with Info Quest since 1988 and during his career he has held managerial positions in the commercial and operational functions of the company. In 2002 he took over the positions of Managing Director of Info Quest Technologies and Quest On Line (www.you.gr), which he maintains until today, as well as iStorm, launching Apple Premium Reseller stores in the Greek market for the first time. He is also a member of the Board of Directors of iSquare, member of Quest Group, who acts as the distributor of Apple products in Greece and Cyprus.

He is a graduate of the National Technical University of Athens, Department of Electrical Engineering and Stanford Executive Program of the University of Stanford, USA.